On November 30, 2018, a massive 7.1 magnitude earthquake rocked Anchorage, Alaska, leaving a path of destruction. Amazingly, no one was seriously injured or killed, the roads were open within days, the community pulled together in solidarity, and the crime rate even went down in the days following the earthquake.

The most significant damage from this earthquake occurred in the Eagle River community where several residences sustained considerable damage, and two schools, Eagle River Elementary School (shown above) and Gruening Middle School, remain closed today due to sizable cracks in the concrete masonry walls and damage to the gymnasium/multi-purpose rooms.

Why Was the November 30 Earthquake Damage Relatively Limited?

We learn more and more from each earthquake. In 1964, Anchorage experienced North America’s largest recorded earthquake, resulting in stringent building codes that lead the nation in seismic design. The 1994 Northridge earthquake provided even more information for engineers to assess how structures react in earthquakes. As a result, architects, engineers, plan reviewers, and inspectors in Alaska follow strict codes of compliance. Although these codes increase building costs, they serve to mitigate the impact of earthquakes.

In a press conference following the earthquake, Alaska’s Gov. Bill Walker said, “Building codes mean something.” Clearly, building codes play a key role in the seismic integrity of a structure and its ability to withstand an earthquake. Newly upgraded buildings that comply with current seismic requirements fare considerably better than older ones.

“Most modern constructions and modern codes can sustain earthquake loads pretty well. It’s the older buildings, constructed under older codes or assumptions, that…were not necessarily designed for the same forces,” Jason McCormick, associate professor of civil and environmental engineering at the University of Michigan, remarked in an article for Futurism.

With FEMA funding in place for some of the buildings damaged by the Alaska earthquake, Scott Bohne and Michelle Klouda (Principal and Associate at RIM and specialists in earthquake building assessments) were contacted by the Anchorage School District (ASD) within a week to conduct physical assessments on three schools (King Tech High School, Mirror Lake Middle School, and Central Middle School) and to recommend immediate repairs.

RIM’s two-fold assessment for these schools included: (1) a report outlining the earthquake damage directly related to architecture, mechanical, electrical, plumbing, and hazardous materials and (2) recommendations for upgrades to limit future damage in earthquakes of this magnitude.

“In Alaska, now that it’s springtime and the snow is nearly gone, more damage is evident than originally anticipated.” remarked Scott Bohne. “We are here to assess the damage and to make recommendations for future upgrades that enhance the structural integrity of the buildings and improve the safety of the occupants within.”

For more information on the damage to the ASD structures, please click here.

In addition to earthquake assessments for schools, RIM has assessed other types of buildings for damage including the Dena’ina Civic and Convention Center (shown above), which fared relatively well during the recent earthquake. RIM’s scope of work for this project encompasses repairing the damage to pre-earthquake condition. For the Dena’ina building, some of the earthquake damage occurred to walls and ceilings that are up to 98 feet high, exceeding the height of available lifts. RIM documented crack repairs and researched the availability of lifts in the Anchorage area as well as the option of having the Municipality purchase a lift to access the repairs and replace lamps in these high ceilings. The challenging limitation on the selection of an appropriate lift is the capacity and size of the freight elevator to move the lift to the second and third floors.

RIM is committed to staying abreast of the latest trends in seismic building upgrades. Within the past ten years, the firm has successfully managed an assortment of building upgrades as a preventative measure to minimize future earthquake damage. For example, RIM replaced the upper Boarding Level of the Ted Stevens Anchorage International Airport B-Concourse (shown above) and managed a major seismic retrofit at the main Ticketing Lobby. Originally built 50 years ago, both Concourse B and the Ticket Lobby were updated to make the structures safer in the event of an earthquake and to create more efficient passenger loading. In RIM’s discussions with Airport engineering, it was noted that “the biggest issues were fire water pipes coming apart and/or otherwise leaking, and most of that was in the A-Concourse which wasn’t upgraded significantly.“

“The airport also had some damage to the structural column wraps (carbon fiber wrapped concrete) associated with the lower B-Concourse columns. Some easily-accessed CFRP wrapped columns were partially delaminated from the concrete. They require further investigation to repair and to discern if the delamination was earthquake induced or happened previously and wasn’t detected until after the earthquake.”

James Dougherty, Managing Principal of RIM’s Alaska office, added, “Had the upgrades not been made to the B-Concourse or Ticket Lobby, there could have been significant dangers posed to occupant safety of the busy terminal.” 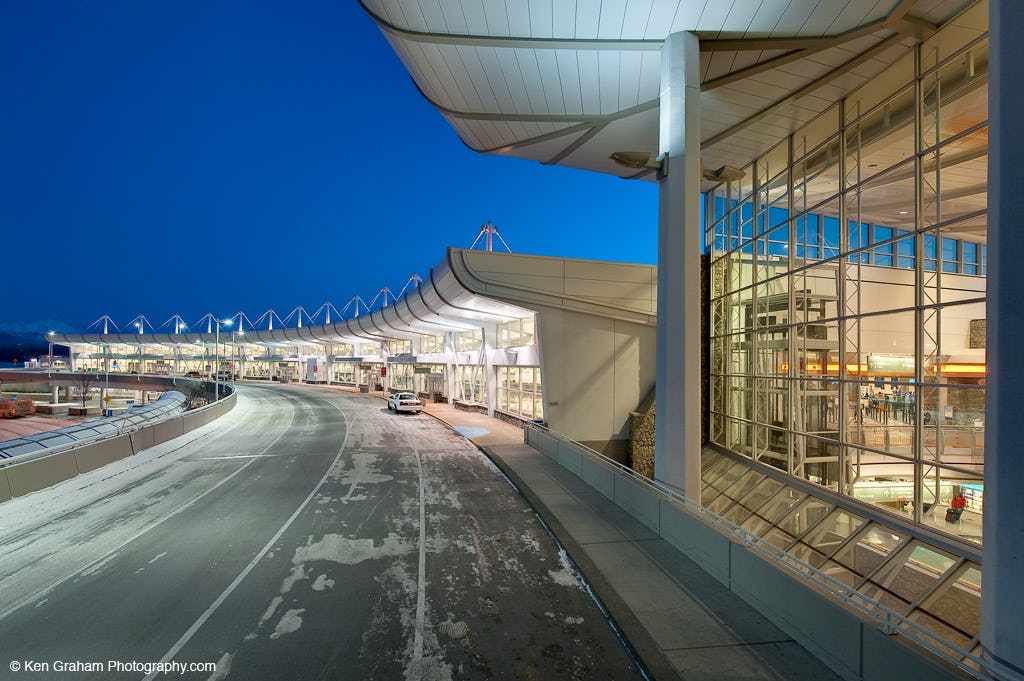 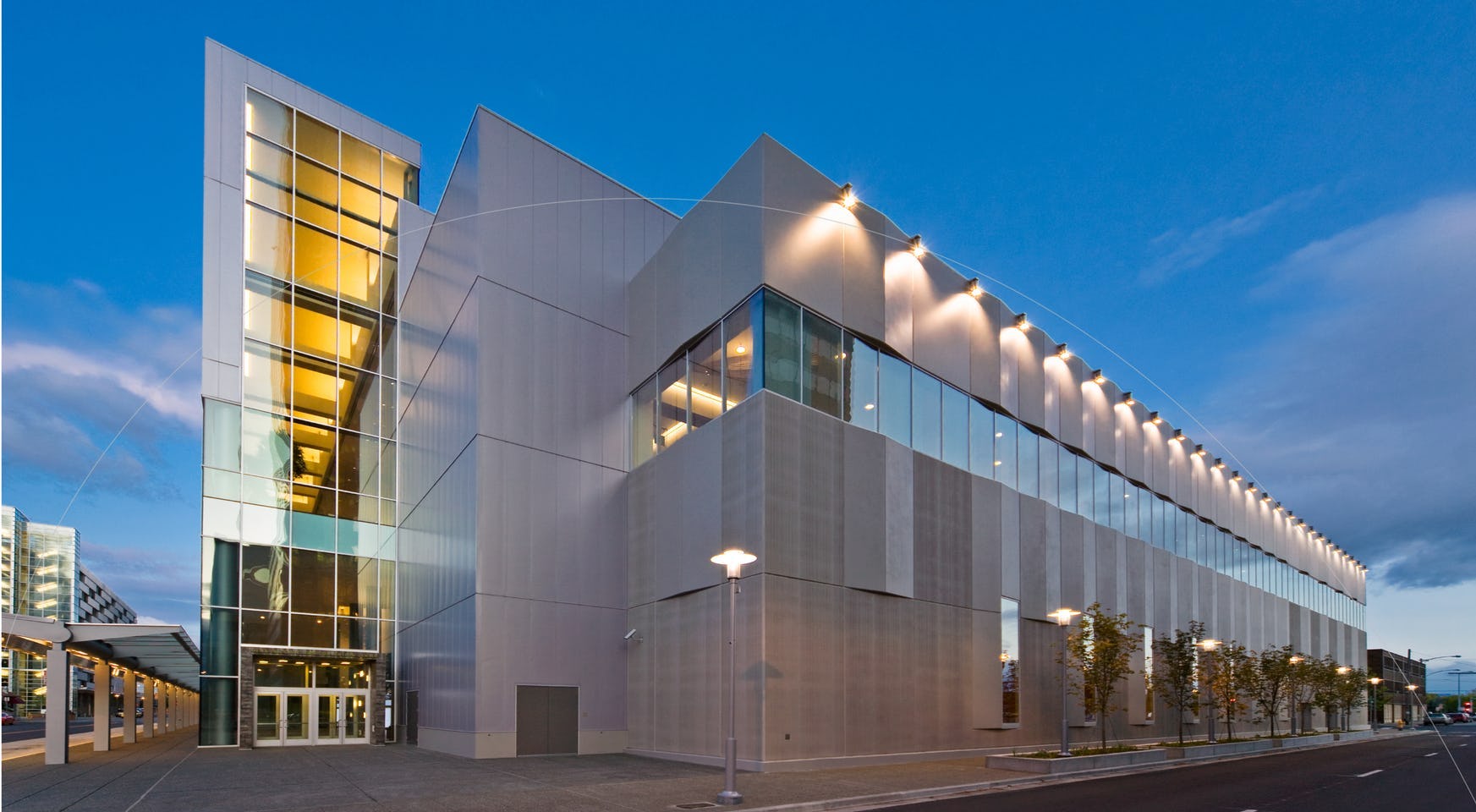 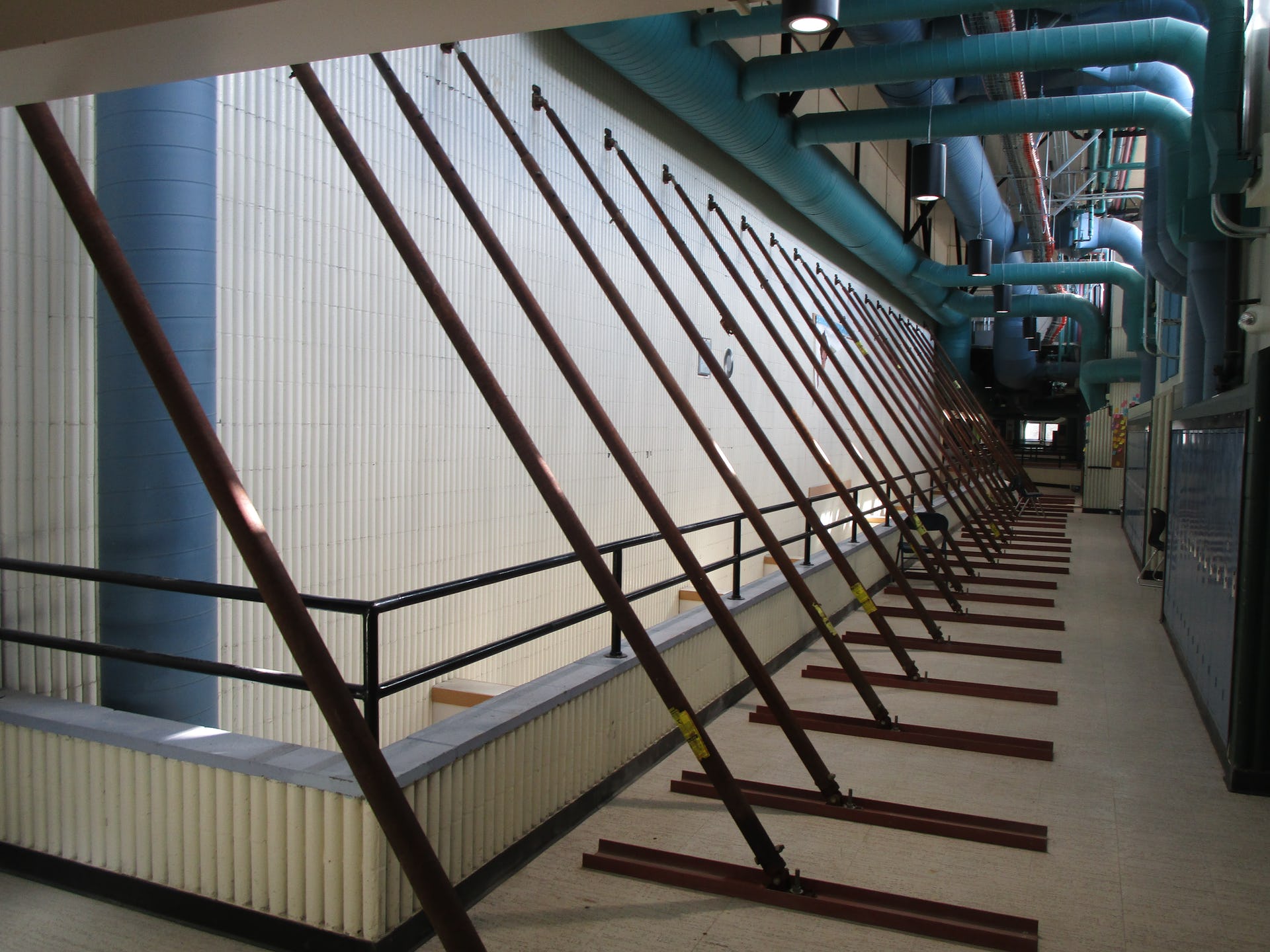