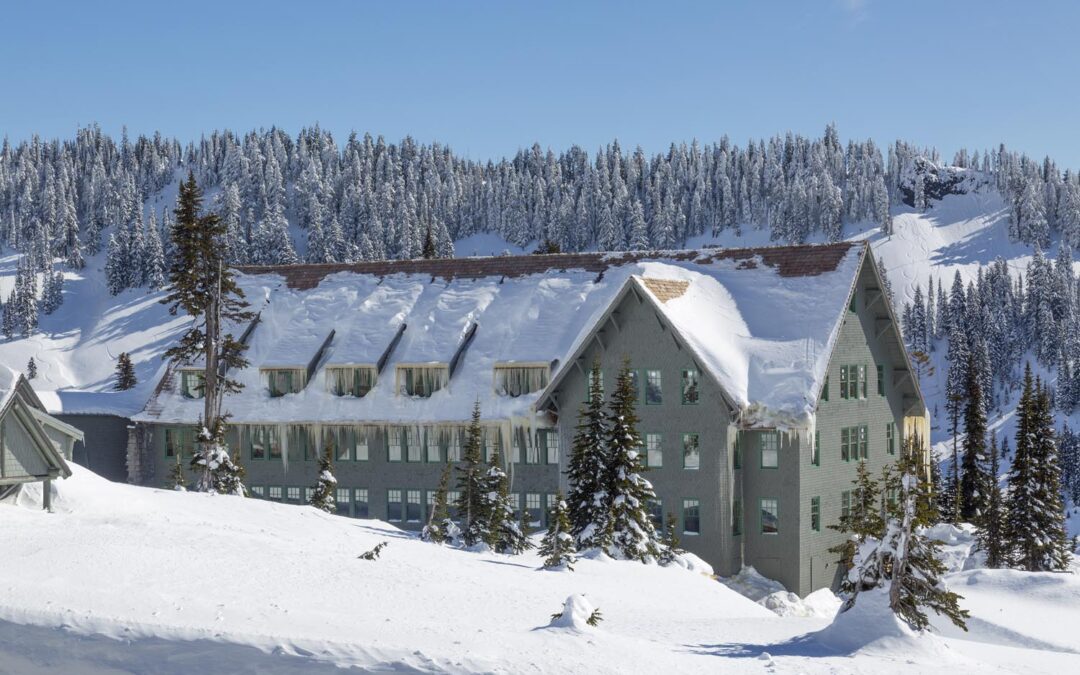 Listed on the National Register of Historic Places, as a National Historic Landmark, the Paradise Inn Annex in Mount Rainier National Park (Washington) reopened following a 19-month closure of the Annex wing for rehabilitation and upgrading. The massive effort, led by RIM, encompassed extensive work on both the interior and exterior, performed during severe winter conditions and at 5,400 feet altitude. 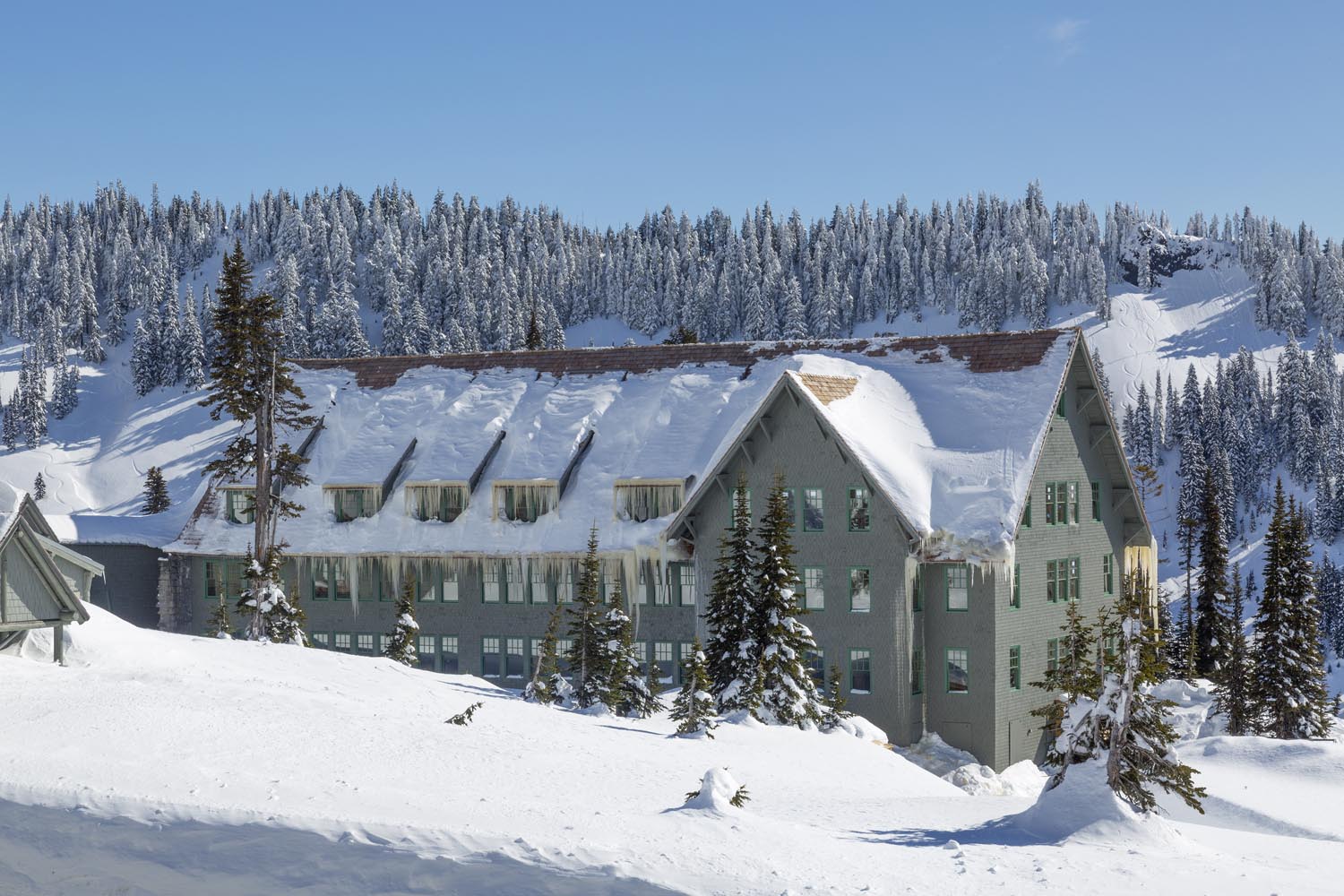 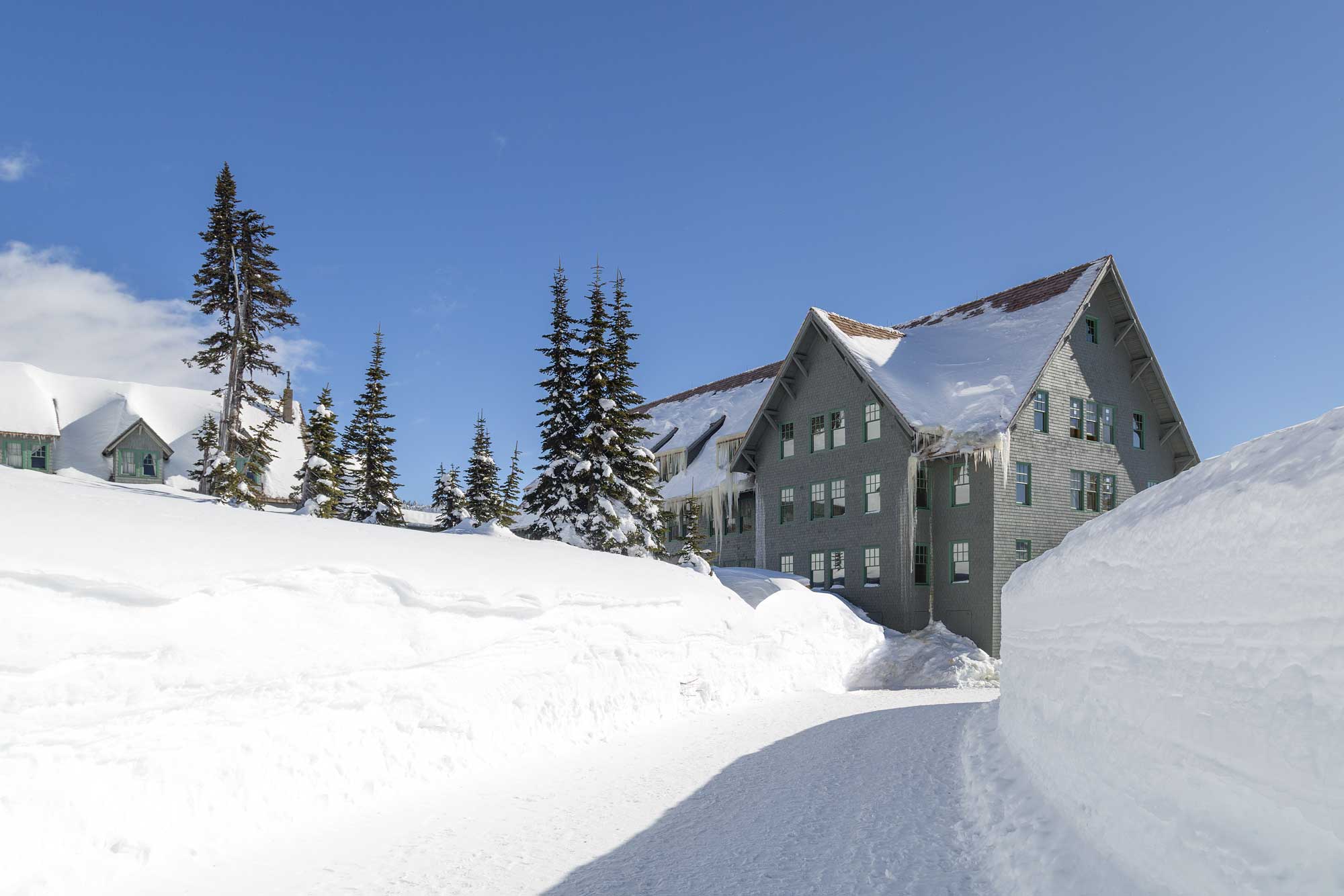 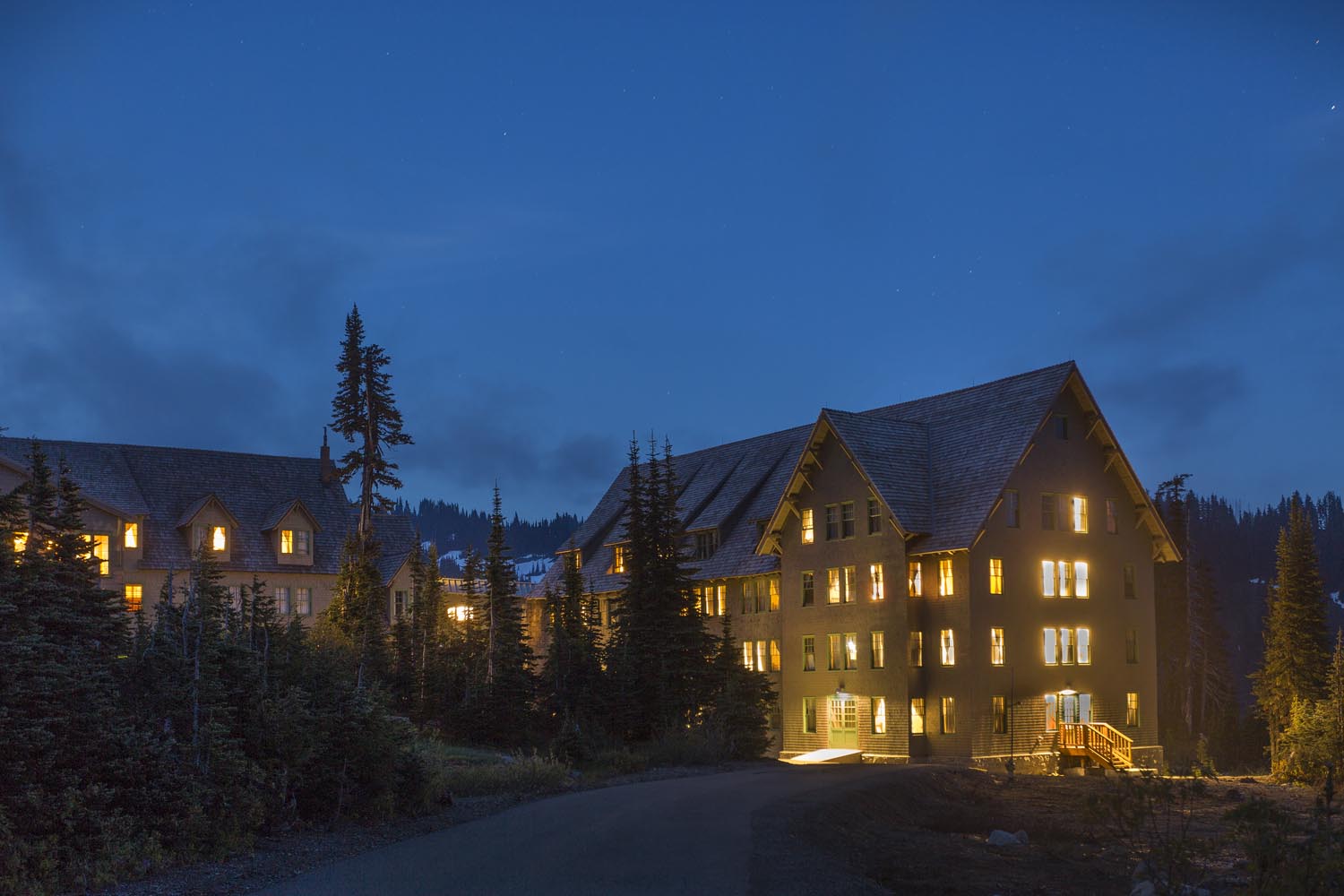 Originally constructed in 1920, the 2017-2019 restoration/renovation of the Annex brought the structure up to date with current seismic and life/safety codes. Not only was the exterior stone foundation preserved, but original interior features such as crown molding and windows were meticulously restored. Key components of this project included removal of previous undesirable modernizations to the interior of the building, the reintroduction of the Annex’s historic interior and exterior appearance, and the retainage of the few remaining defining materials. Additionally, the work included electrical, plumbing, fire safety, and seismic code compliance as well as soundproofing, insulation, energy efficient lighting, and more. 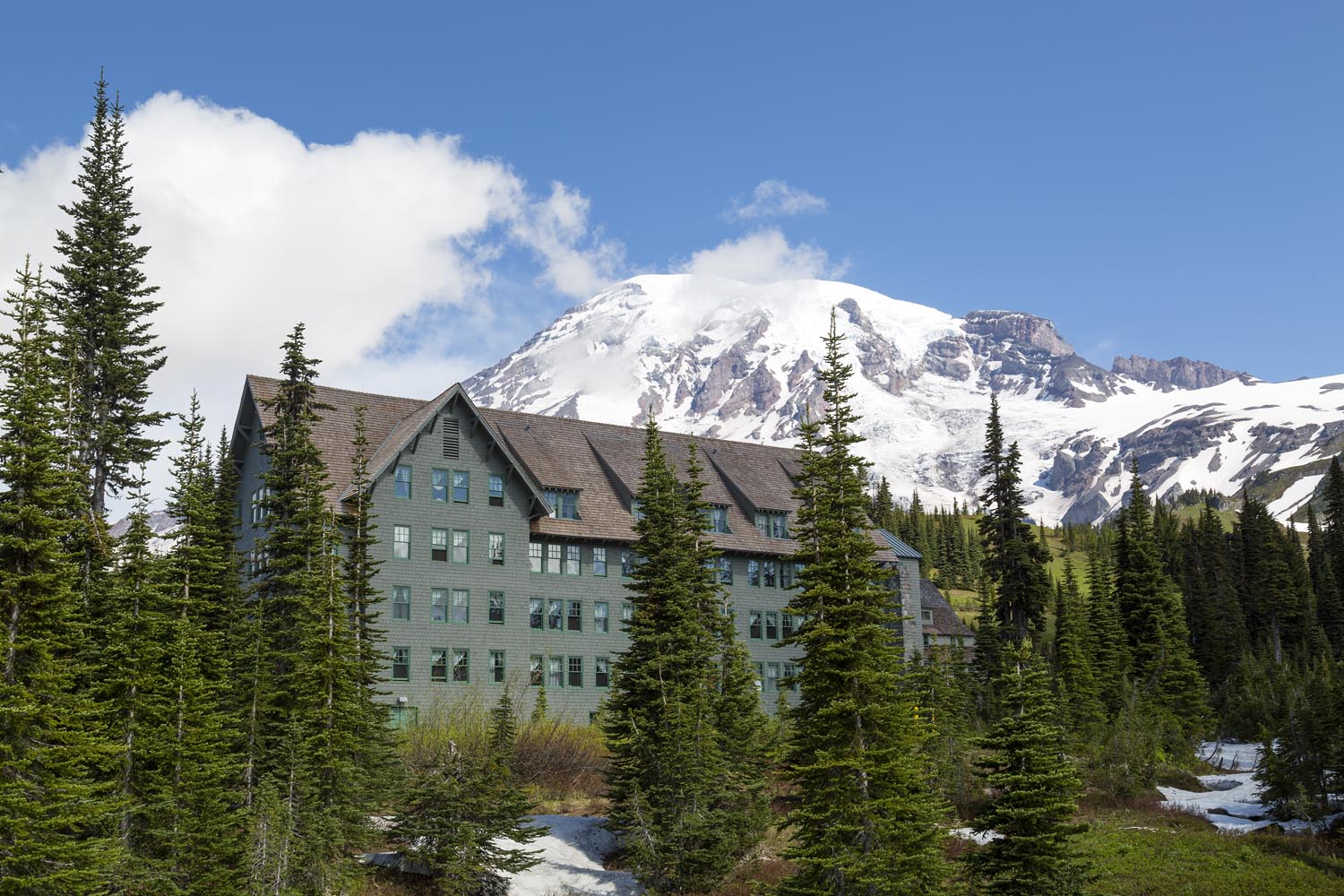 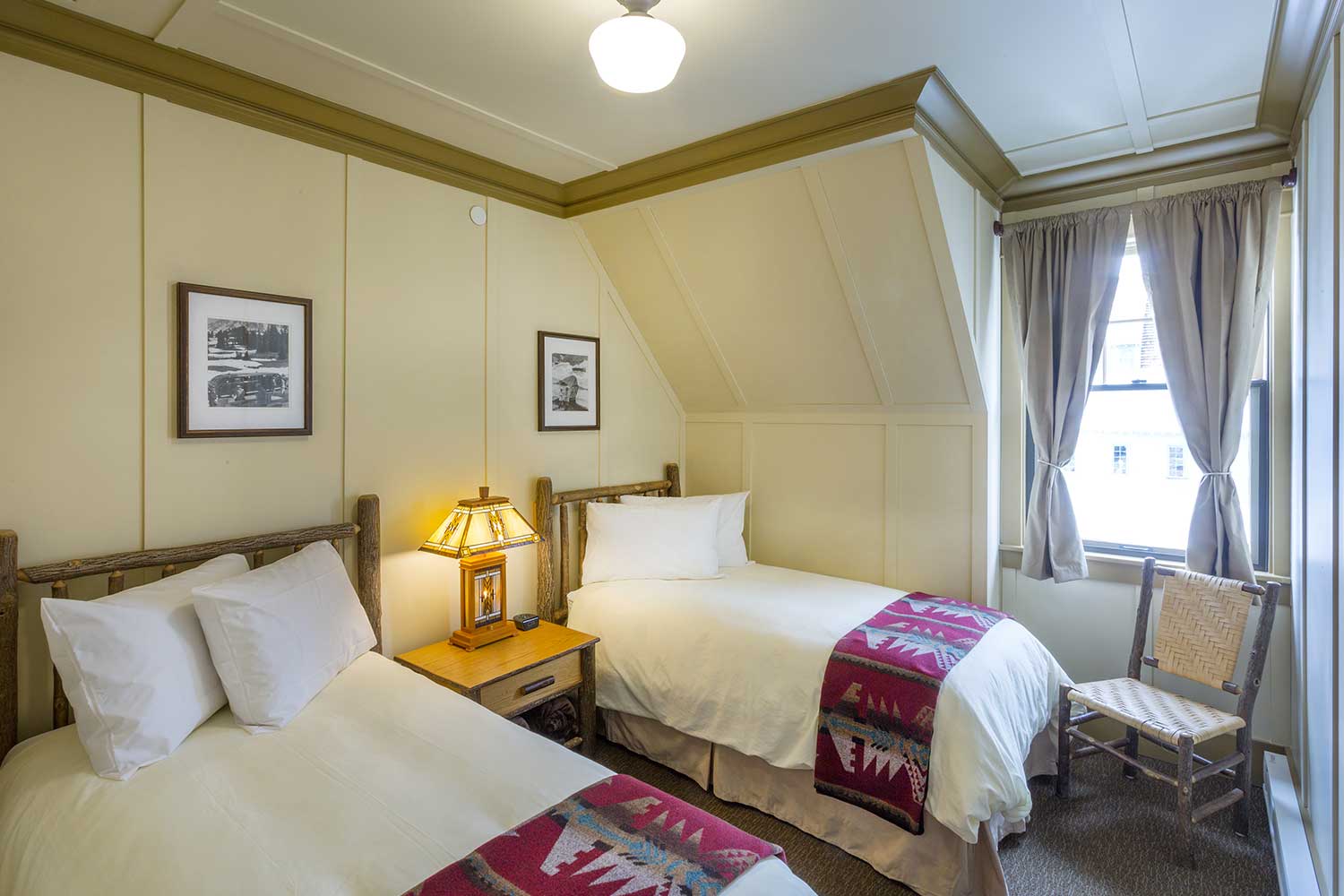 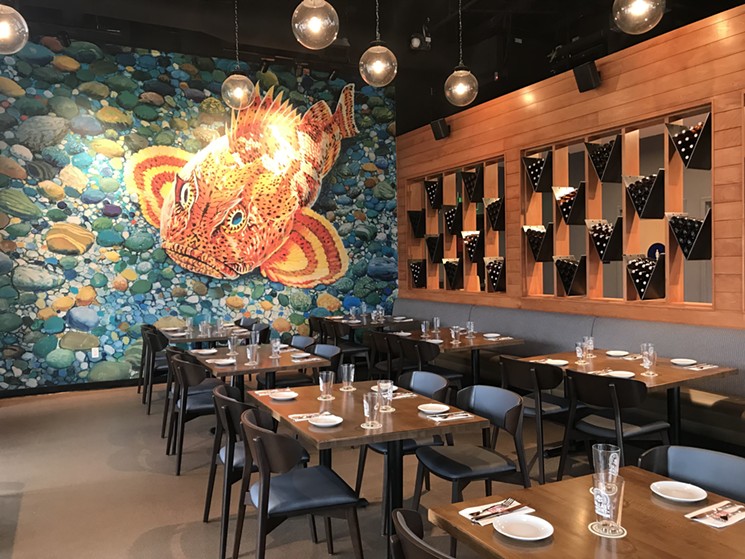 Recognized as the first-ever brewery in Downtown Disney, Ballast Point Brewing Company offers something unique–special beers produced on-site, including some limited-edition brews made just for Disneyland. The 4,000-square foot glass-enclosed bar and restaurant, designed by RIM, also includes an adjacent 2,500-square foot outdoor beer garden, a dining room, and a kitchen. With seating for 220, the seafaring venue offers views of the Downtown Disney promenade below. Its interior spaces mimic the hull of a ship with sailing references that include wooden interior ribbing, boat tie downs, sea life murals, and suggestions of ocean waves. 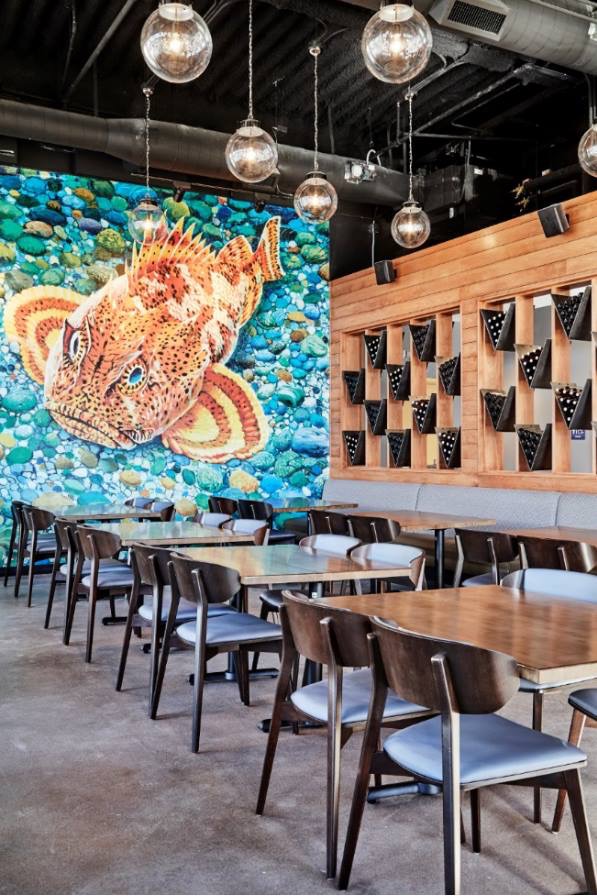 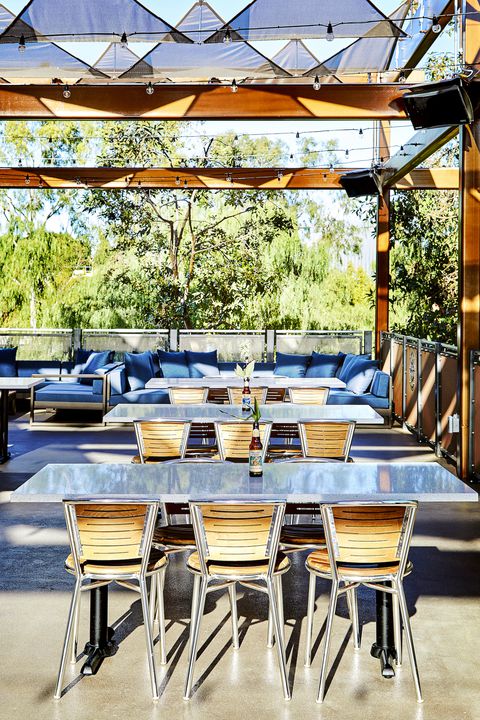 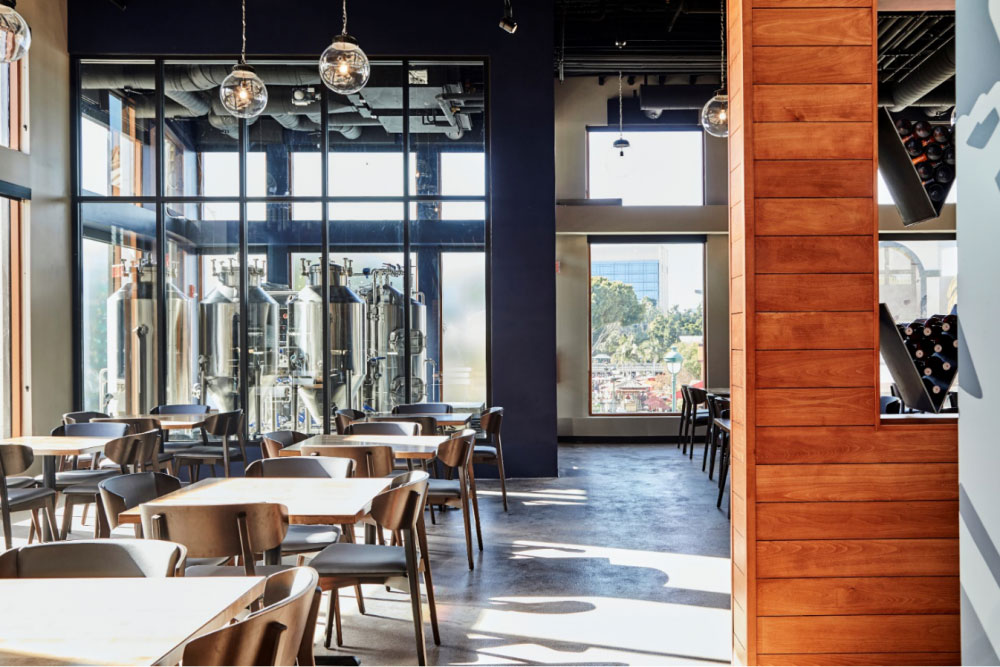 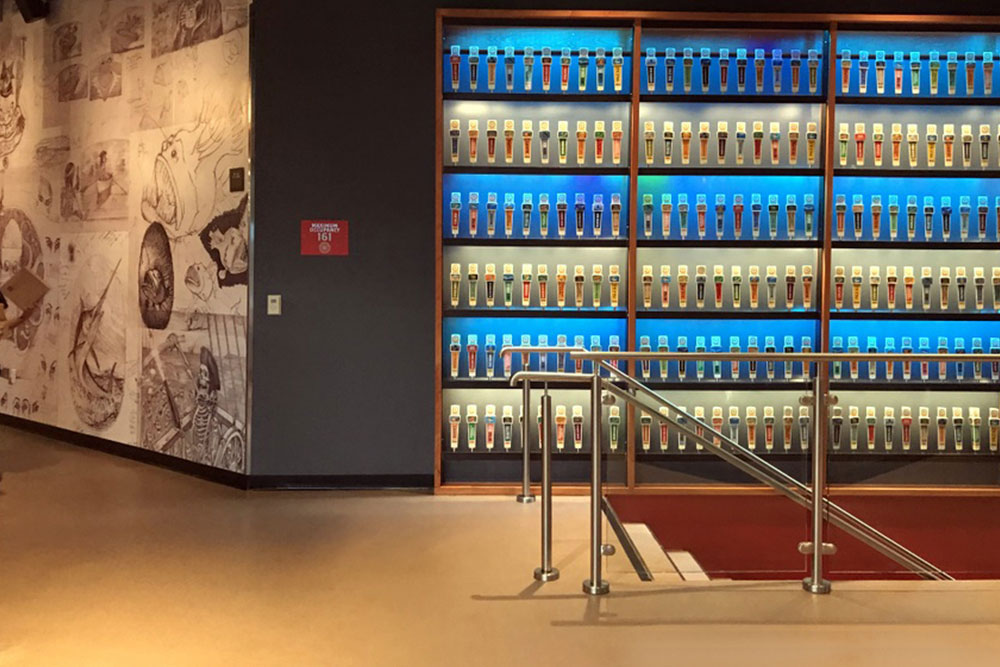 The Downtown Disney district is open from 6am – 2am daily and is the main passage way for guests staying at the Disney hotel properties. Hence, one of the main challenges entailed construction in an environment that operates 24 hours of the day.  Additionally, one of the hotels, Disney’s Grand Californian Hotel & Spa, is located directly across from the brewery, with hotel rooms facing the site. Therefore, typical construction methods were revised to minimize sound from the construction site.

Located in the canyon lands of southern Utah, this ultra-luxurious resort is set among the layered landscape at the north of Lake Powell. Overlooking starkly beautiful desert scenery and the Southwest’s iconic flat-topped mesa rock formations, Amangiri (‘peaceful mountain’) is located in the USA’s Grand Circle region. Five national parks, numerous national monuments, and the Navajo Nation Reservation, the largest Native American reservation in the United States, surround the resort.

The resort’s abstracted ruin forms are realized in cast concrete, steel, and glass. The heart of the resort is the large swimming pool which is engaged into the site’s natural rock formation. Amenities include multiple options for dining, a yoga studio, a gallery, fitness center, pilates studio, library, and a living room. 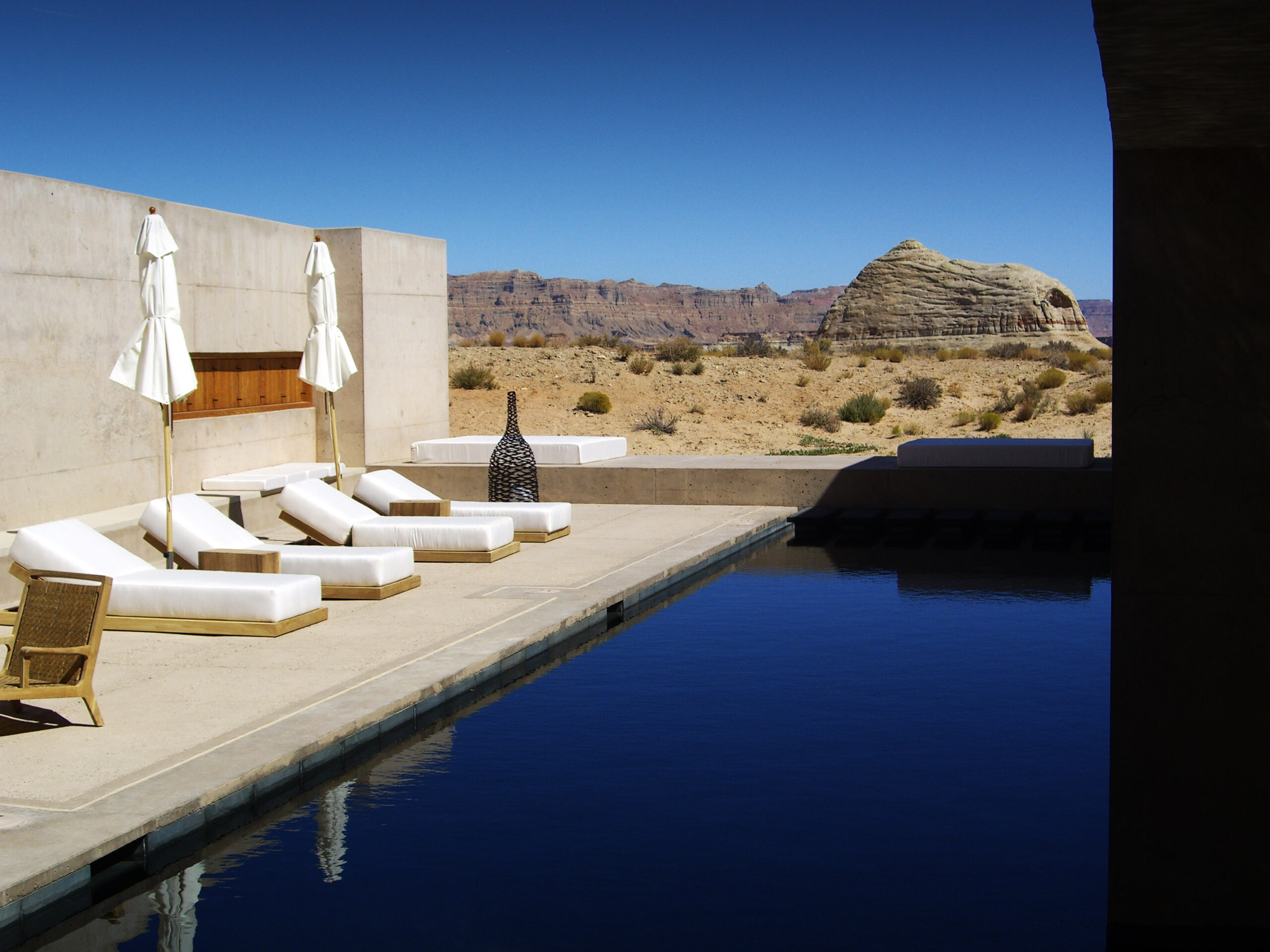 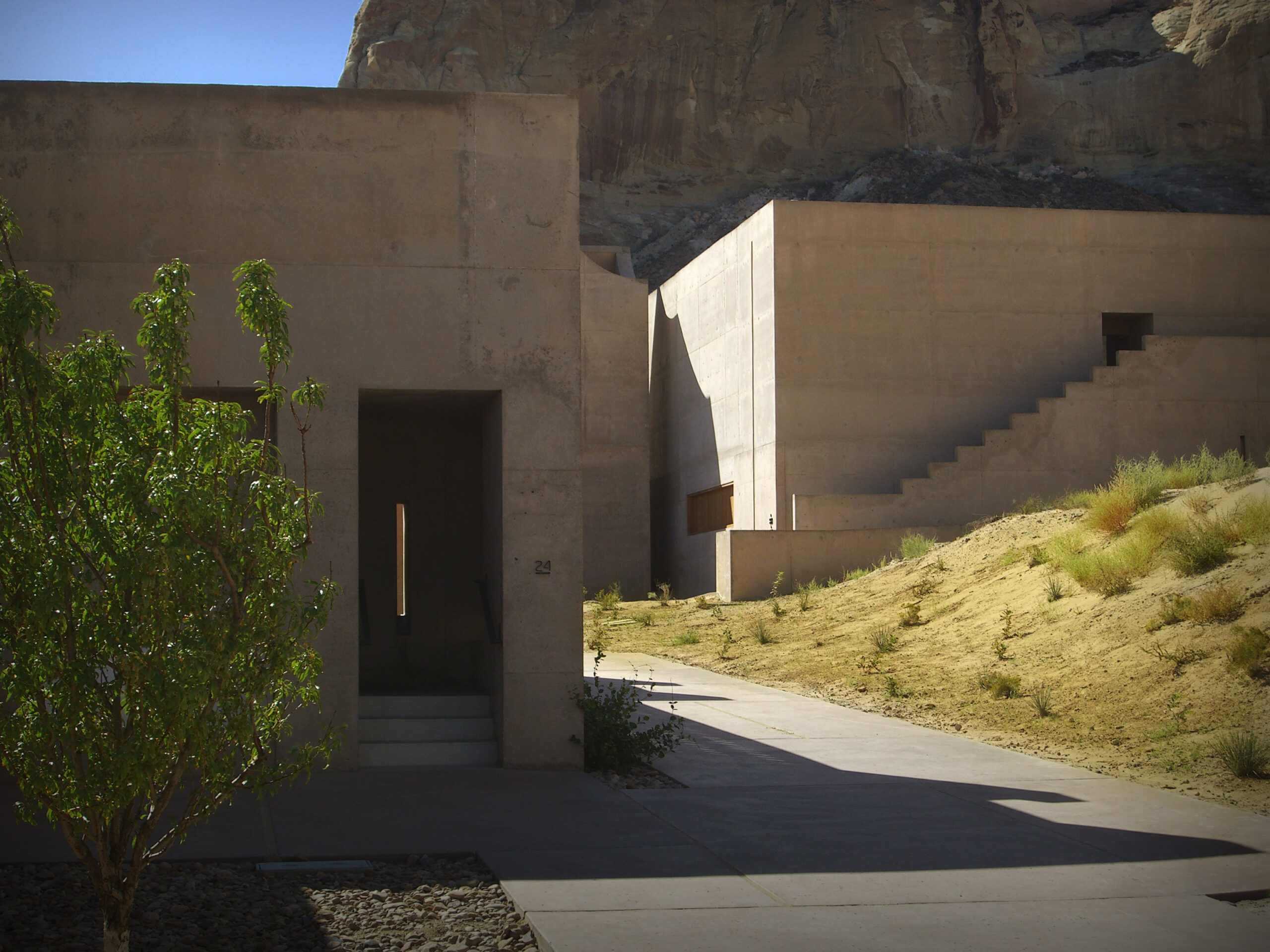 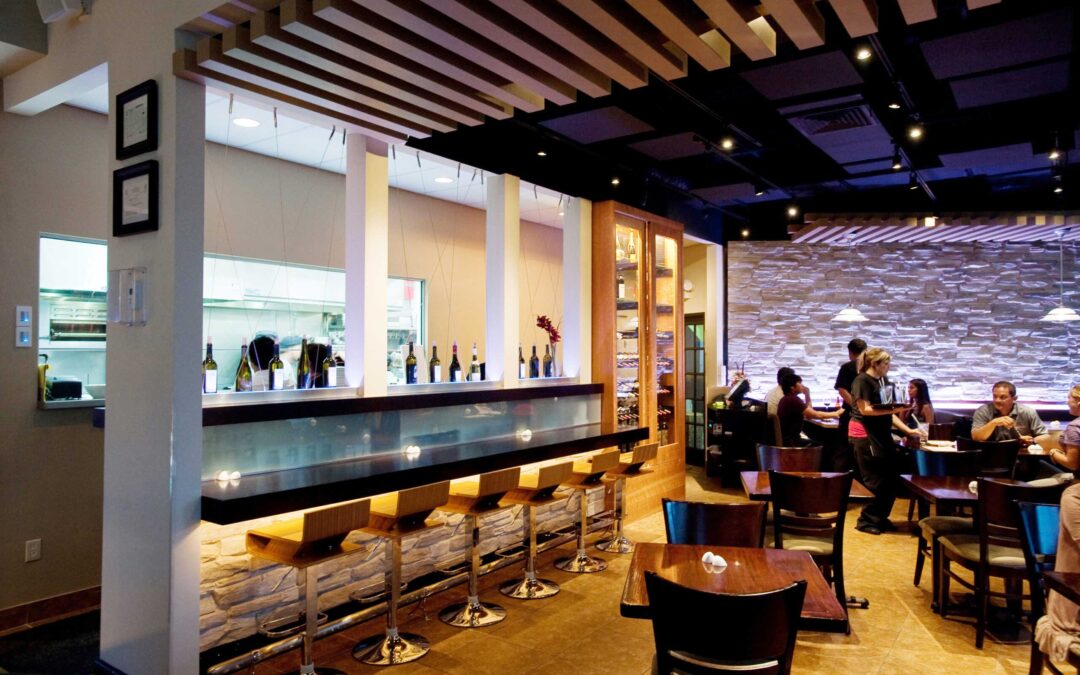 RIM Architects was commissioned to create a concept design for the renovation of an existing coffee house, located in Tamuning, Guam. The building was transformed into a trendy, full service 70-seat wine bar and restaurant. This owner-built project required coordination of electrical and mechanical upgrades, and construction documents for permitting purposes. Challenges for this fast track project included utilization of limited locally available finish materials, layout and design of full exhibition kitchen, and integration of a custom wine display system. These items were included in the small 1,800 SF space on an extremely tight budget. 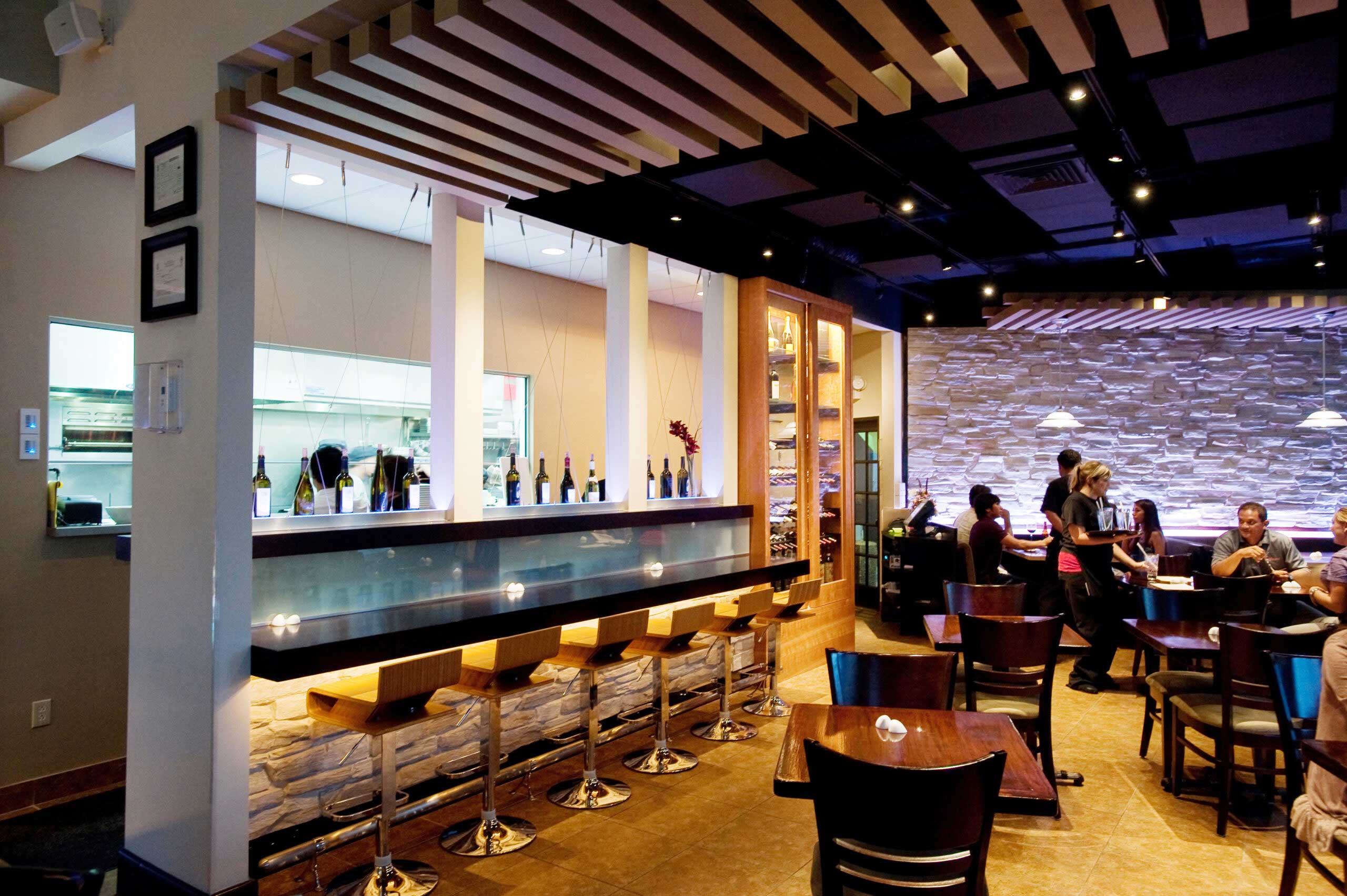 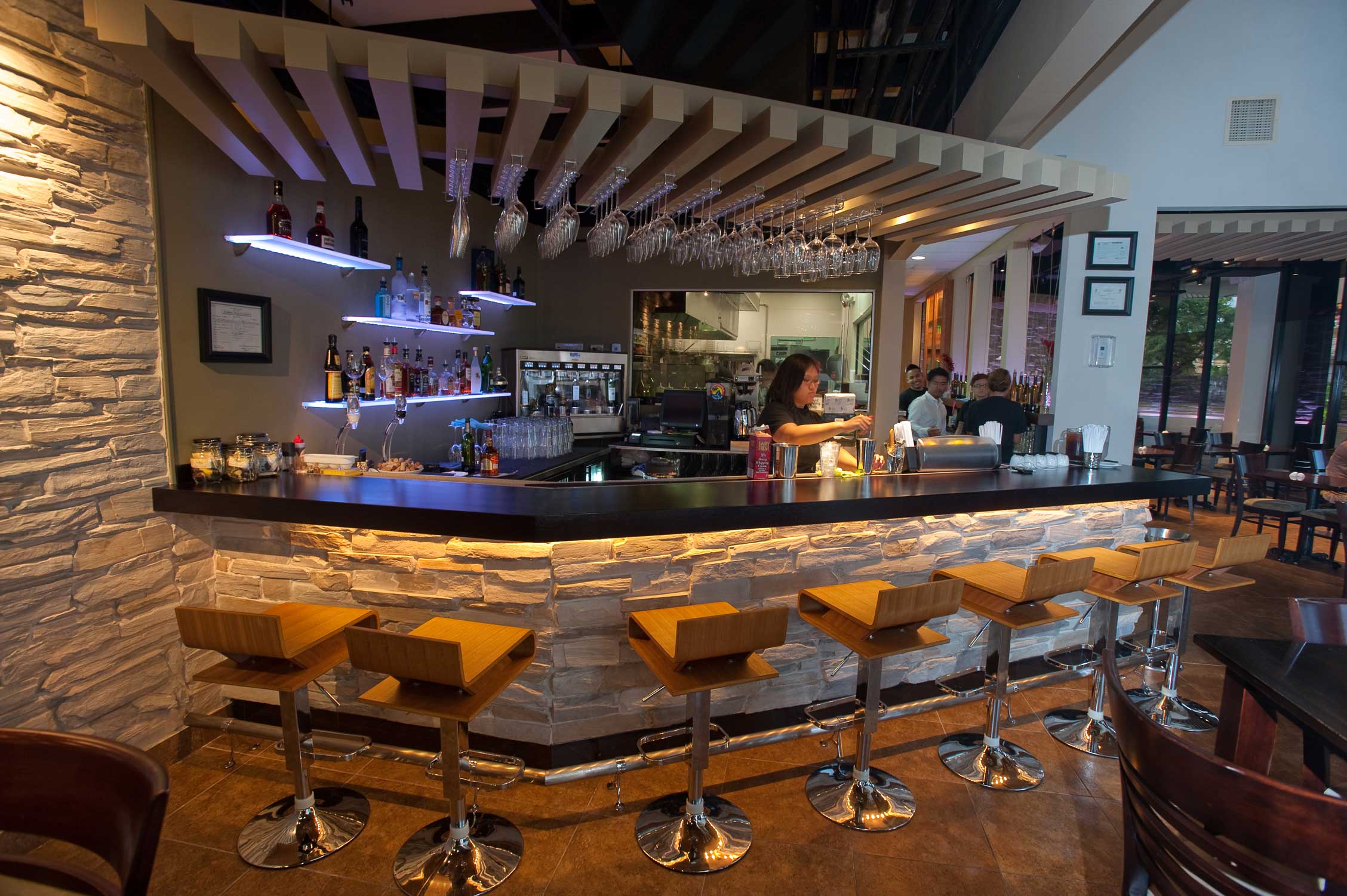 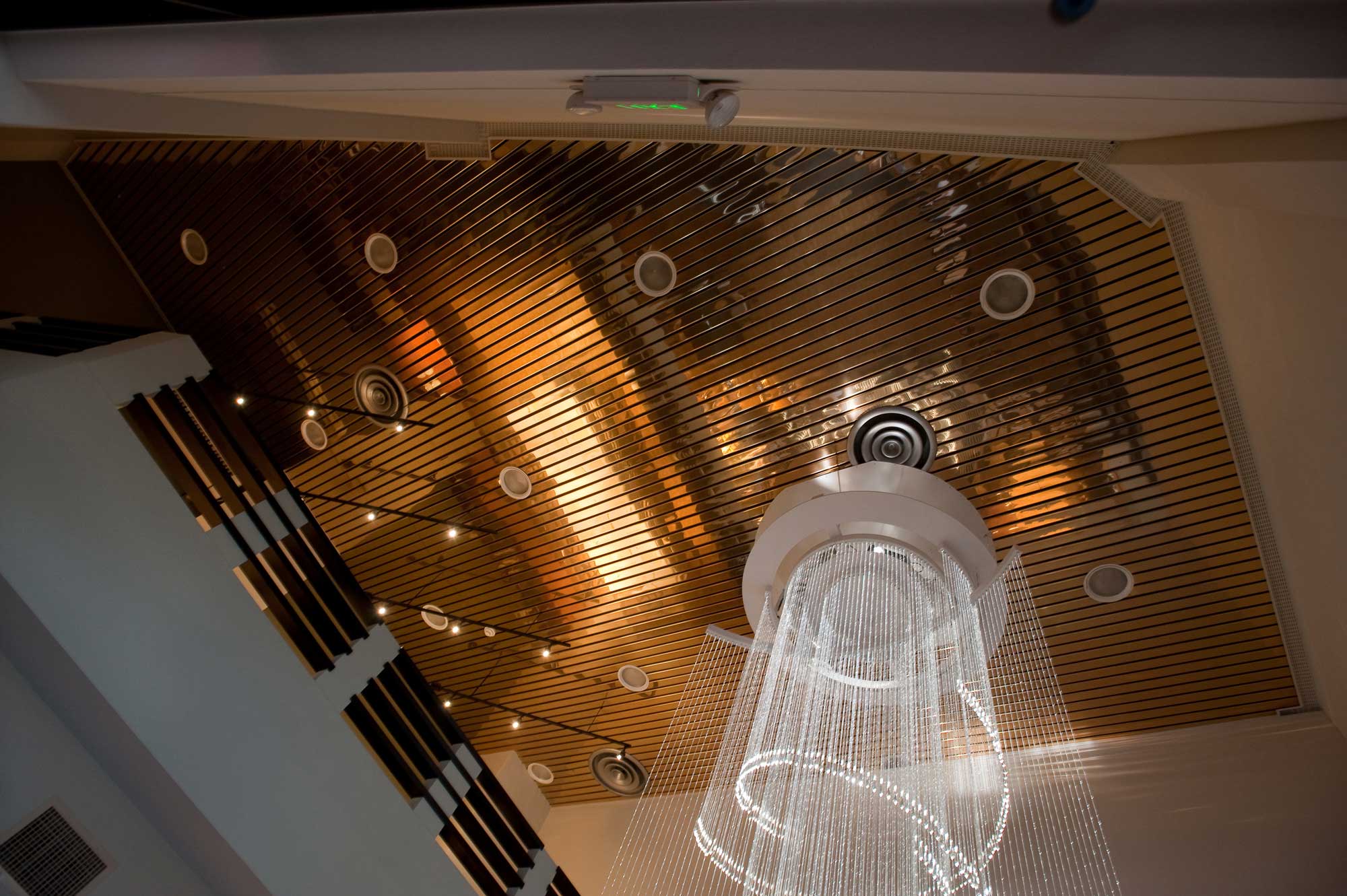 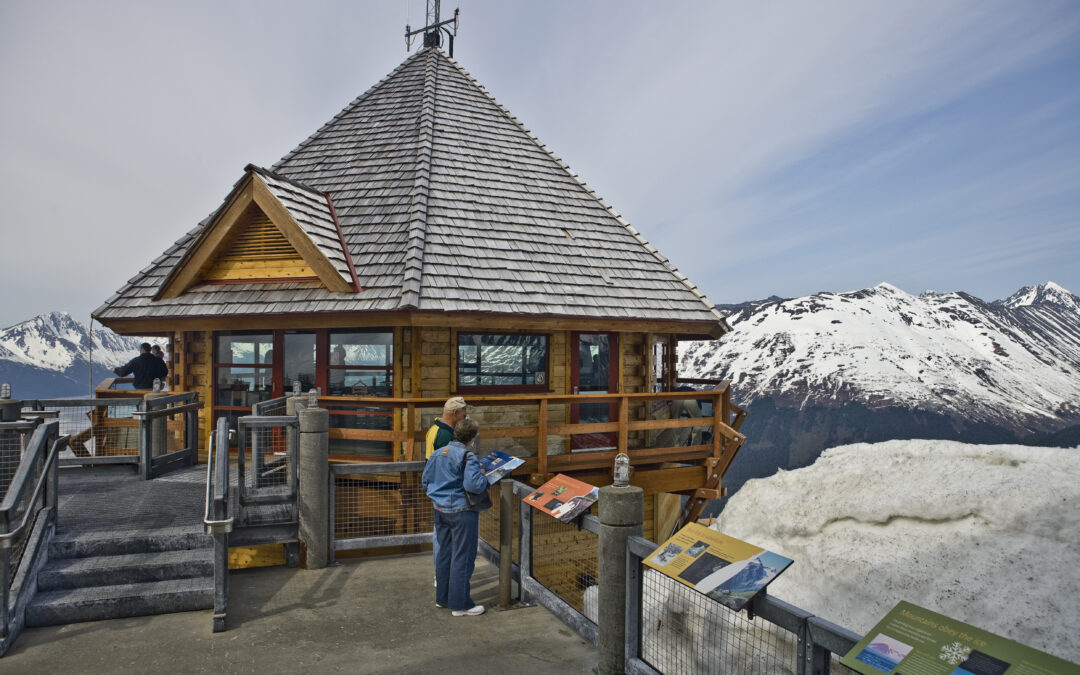 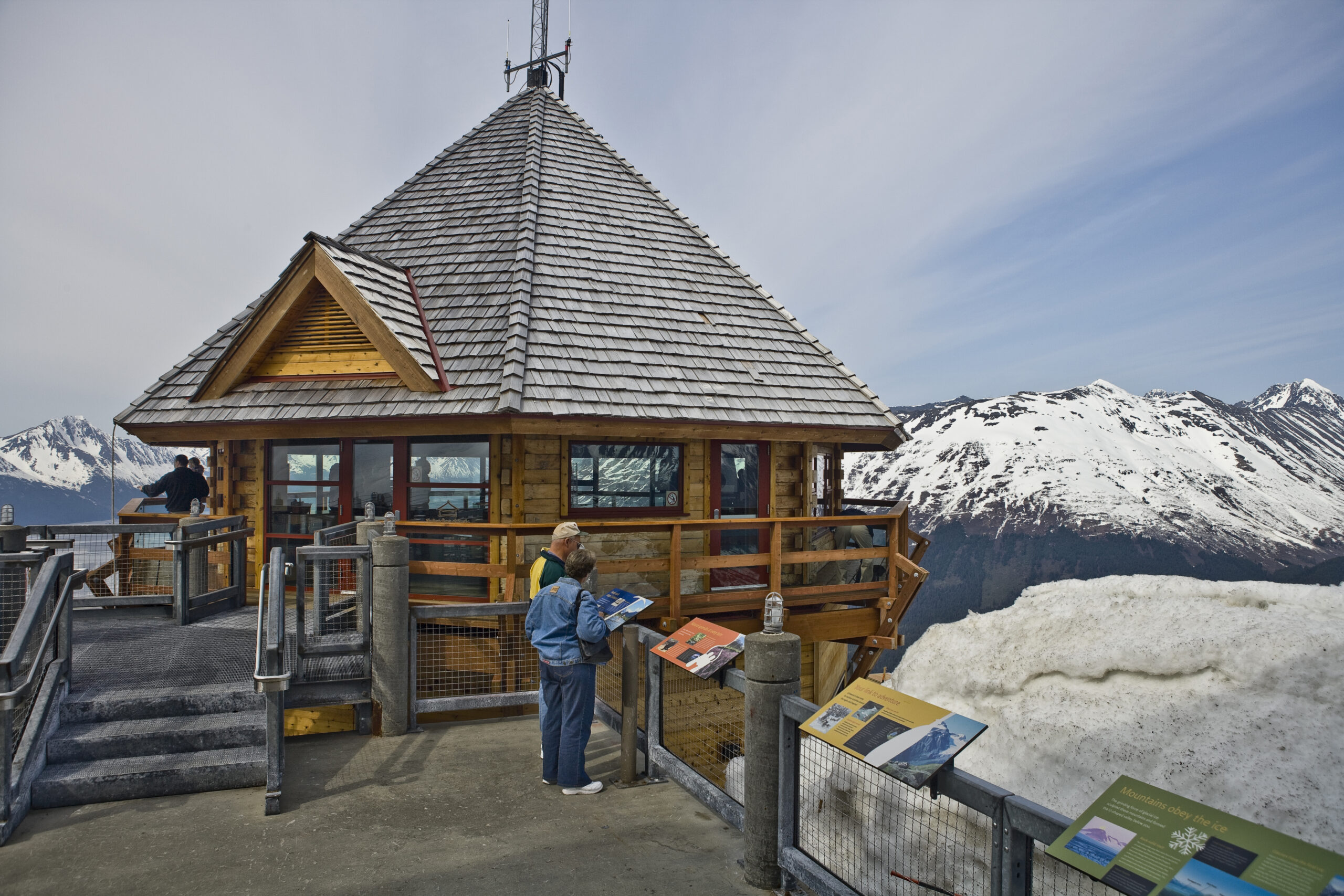 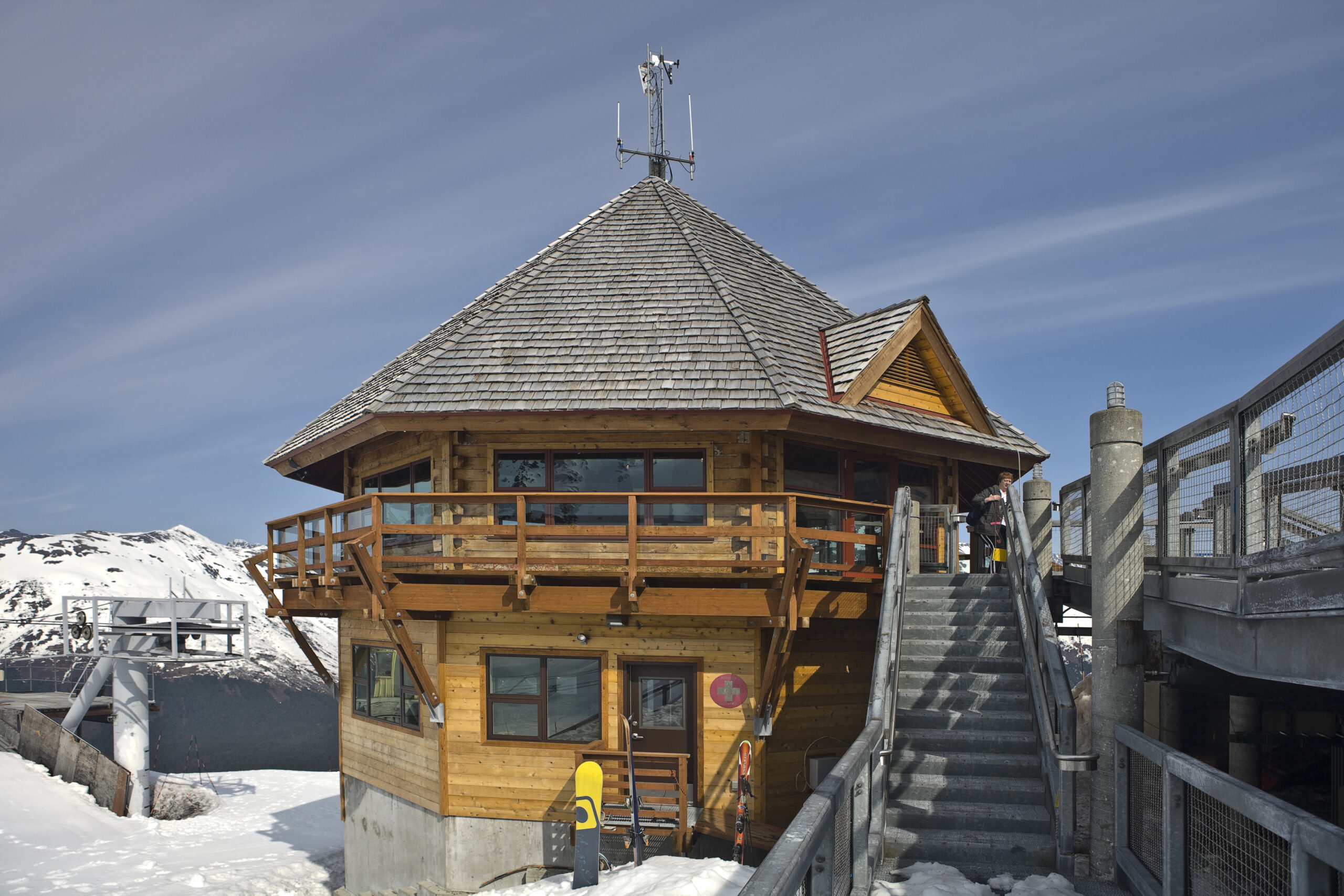