Since the very beginning, 36 years ago, RIM has demonstrated a culture of resiliency. Founded in Anchorage, Alaska in 1986 during the worst economy in decades, Larry Cash started the architectural firm that would later become RIM Architects.

Although the firm began as a sole proprietor, RIM has expanded to approximately 70 staff members with seven offices located in Alaska, northern and southern California, Florida, Guam, Hawaii, and Idaho. While each of these locations began independent from the Alaska operations, Larry Cash was the string that held all of them together. Honesty was and always will be the foundation of our firm.

Today, RIM is recognized for its work in remote and coastal locations where earthquakes, typhoons, and other natural disasters are inherently prevalent. Our origins in extreme environments have necessitated a “can do / will do” attitude that continues to drive the culture of the company. 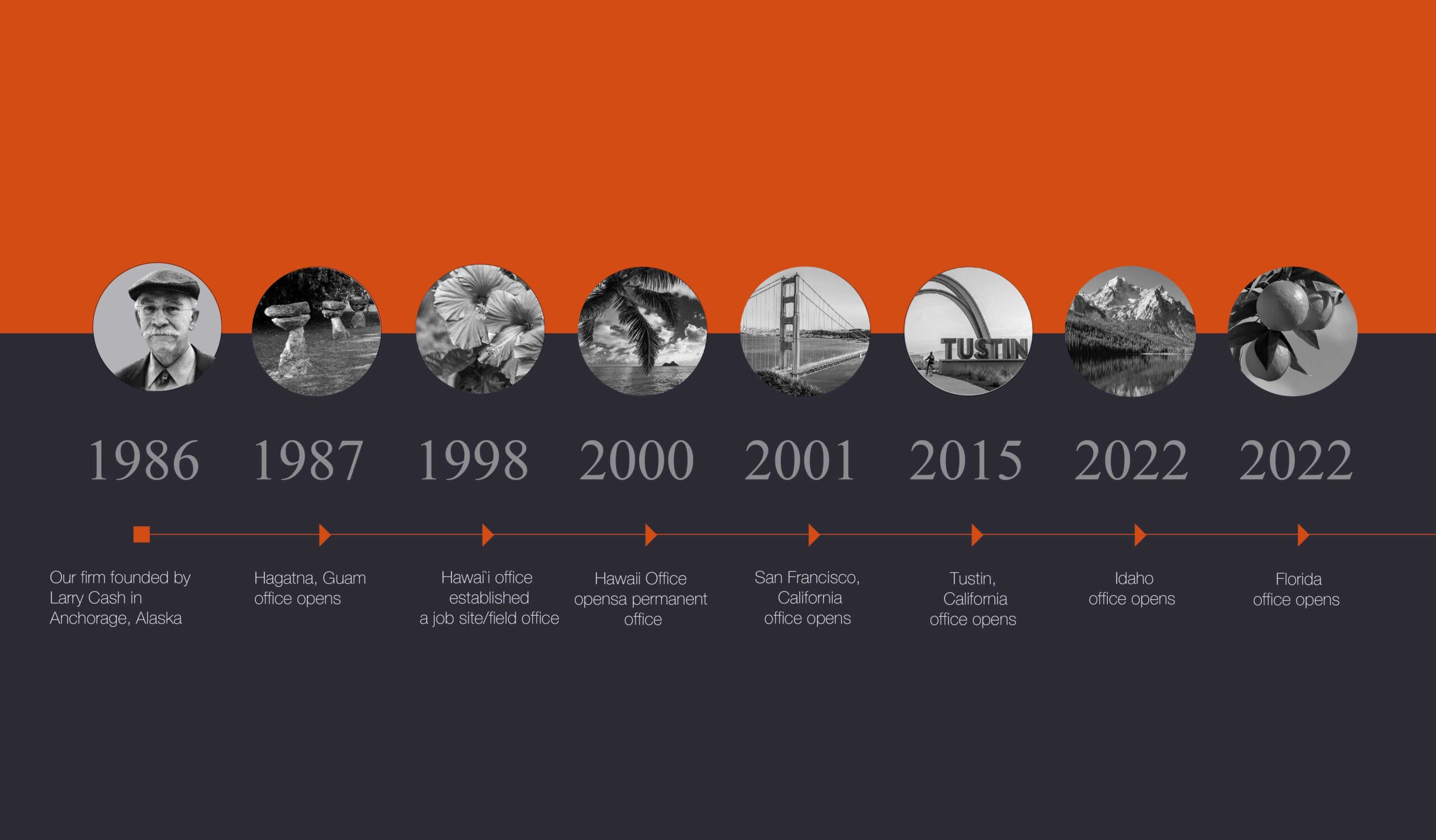